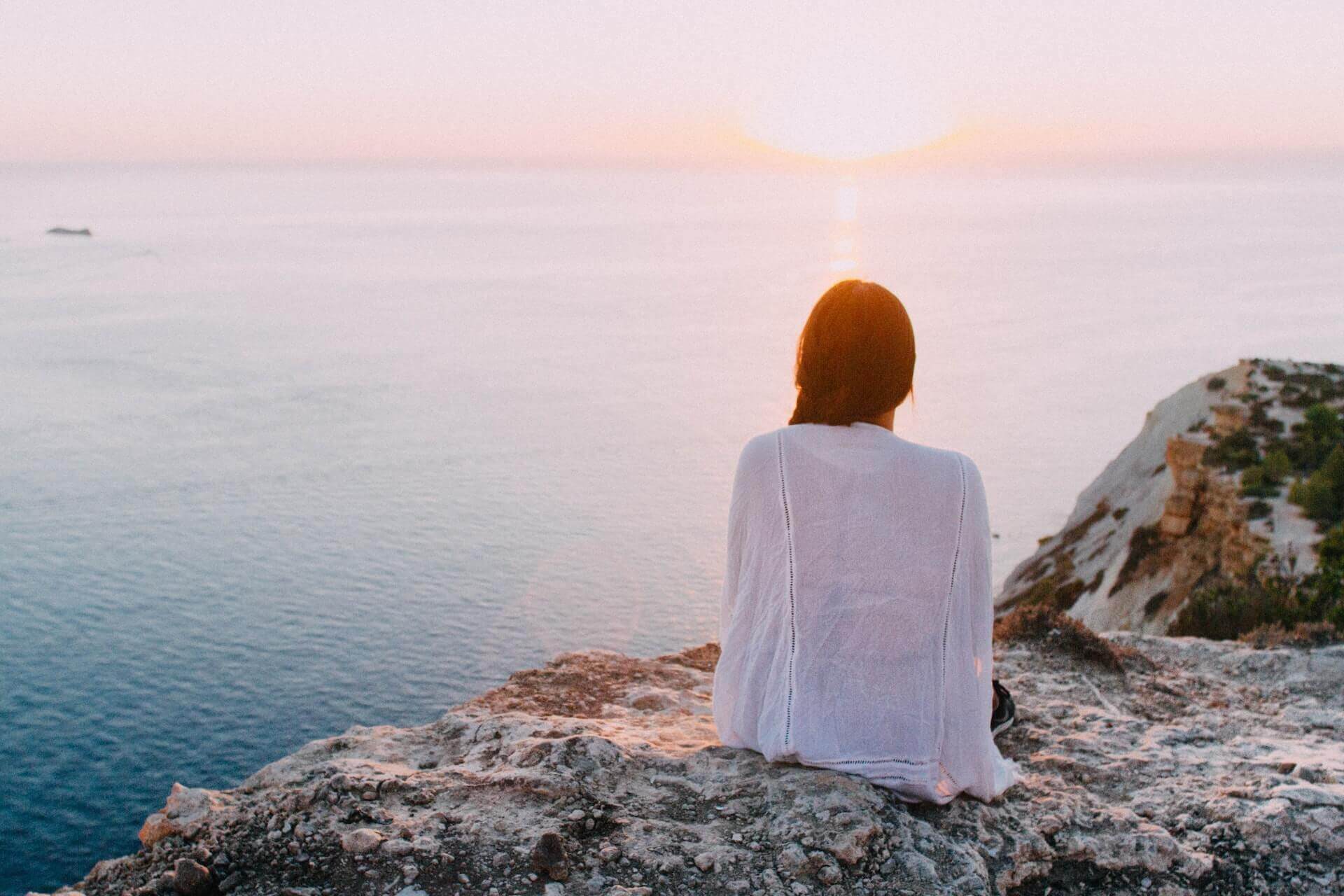 “You really need to look after yourself,” they all tell me, time and again. “Just take some time on your own. Or maybe get a babysitter and have a night out together.”

Stop pestering me, I answer in my mind, fighting back the tears yet again, do you really think I don’t know I need a break? It’s just not that simple. And you will never understand why…

Supporting a partner with Post Traumatic Stress Disorder (PTSD) is more difficult than I could ever imagine. Eight years ago, when my husband was diagnosed, I was naively confident that I could handle whatever may happen. I’d never even heard the term emotional self-care.

But somewhere along the way, something went wrong.

He wasn’t getting better, and I was slowly sinking. So I did the only thing I knew to do. I tried harder. I gave him more space, I made more sacrifices.

And before long, I was doing it all. My life had never been so hectic, it had never been more stressful. I knew a trip to the shops and a night out wasn’t going to be the answer. But I had no idea what was.

Others could clearly see me crumbling, and I knew they only wanted to help. But how could my well-wishers ever understand that I can never really take a break? Never fully escape the stress that PTSD has brought to our family.

It’s a shadow that never leaves my side.

The answers eventually came, but not before I acknowledged, after many years of struggling, just how vital it is for the carer to be cared for.

I had to consciously shake the guilt of choosing to put myself first, and finally accept the reality of my husband’s PTSD. No matter how much I want to or how hard I try, I can never fix this for him. I can see now, that in the process of trying to help my husband, I had actually lost myself.

Over time, I established realistic and achievable ways to look after myself. I didn’t need distractions from my life, I needed ways to heal. And healing is an ongoing process, it takes effort and dedication.

These are emotional self-care the choices I will need to consciously make, every single day.

I STOPPED ASSUMING I COULD DO IT ALL

No one can do it all, but more importantly, no one expected me to do it all. Not surprisingly, there came a day when I didn’t do it all. In fact, I didn’t do anything at all. And the only person who noticed was me. I was the only one putting pressure on myself, setting myself up for failure. And when the failure came, the devastation was immense.

In hindsight, it was clear that I was breaking. I had to learn to lower my expectations, both on external factors, but particularly on my own personal intentions.

I GOT IT OUT OF MY HEAD

For years it all swirled around my mind, fogging my every thought and drowning my ambitions. My thoughts, fears and frustrations were slowly poisoning me. Cautiously, I let just a little seep out to a counsellor – not enough that might provoke tears, mind you, I was surely too strong for that.

But when the pressure continued to build, and counselling just wasn’t enough, I started to speak to some close friends and family. It was hard for them to understand what I was saying. For them, it was like starting a book halfway through. And still, the thoughts continued to swirl.

Then one day, a single thought inspired me to return to writing. I sat at my computer, and though the tears came first, the words soon followed. So many words, so many memories, and so much pain. All there, finally out of my head and on the screen.

The feeling afterwards was one of utter cleansing. I will continue to write, wherever and however I can, it is my best therapy and my one true joy.

I CONCENTRATED ON DOING THINGS MINDFULLY

For years I lived in a fog. I felt that nothing could make me happy anymore, or that happiness would be put on hold until the ‘PTSD was sorted’. Ha. A ridiculous notion in hindsight.

It seemed that no matter what I was doing, my mind would constantly linger over my many worries. It’s true that our thoughts cannot be turned off, but they can be stilled briefly with mindfulness.

I tried to introduce what I had learnt over time about mindfulness into my daily life. I began drinking my tea mindfully. I started reading to my children mindfully. And I even tried resting mindfully.

What I discovered was surprising. It not only offered a short break from the stream of negative thoughts but also a small morsel of enjoyment in the task at hand, which would’ve otherwise passed in a distracted haze. Happiness, it turns out, doesn’t have to go on hold indefinitely, I just have to look for it in new places.

I LEARNT HOW TO SAY “NO”

I came to understand my limits, and to acknowledge that they could – and would – vary day to day, even hour to hour. And saying yes doesn’t mean that it’s set in stone. A ‘yes’ can always be changed to a no at a moment’s notice. I remembered that I don’t have to do it all.

I STOPPED COMPARING MYSELF TO OTHERS

Surrounded by friends who were all achieving and getting on with their grand life plans, I often felt pathetic. Our perpetual PTSD cycle kept bringing us back to square one, we were going nowhere. Outwardly, I diligently wore my happy mask and pretended that I was doing just as well as everyone else, but inside I felt utterly crushed.

My dreams and ambitions had been packed into a little box and pushed well out of sight. But I still desperately longed for everything it contained, it was still making me so miserable.

I guess it came as a shock when I recognised that there were other people, just like me, wearing their own happy masks – that not everyone was living their dreams as I had automatically assumed. It took a long time, but I gradually opened my mind to creating new dreams and achievable ambitions.

The path ahead looks entirely different now, but I’ve finally buried that box and I’m beginning to walk forwards once again.

I ACCEPTED OFFERS OF HELP

But to be honest, no one is. Everyone needs help sometimes, and that doesn’t mean that I’ve failed. I eventually realised that my true strength lies in acknowledging my limits. Knowing when to accept help, and also when to ask for it.

I SPOKE TO MY HUSBAND

I didn’t do it to make him feel bad or to imply that it’s all his fault, or to hurt him in any way. I spoke to him because open communication has always been one of the biggest strengths of our partnership – I know to lose that would be to lose our marriage.

I could feel my resentment building, just as easily as I could feel my trust draining away. Along this path I felt certain that one day, I would simply walk out, never to return. And all he’d say would be, “But I had no idea. You never told me.”

So instead, I talk to him. I let it out at times when I’m feeling weaker and he’s feeling stronger. And sometimes it does hurt him – I’m no fool – but I know that I hurt too. Together, we need to heal.

I BEGAN TO FOCUS ON THE RIGHT NOW

The reality of PTSD is a random jumble of good days, bad days and in-between days.  And not just for my husband, but for our whole family. I have poisoned too many good days by stressing over when they’ll inevitably turn. And I have magnified most of the bad days by convincing myself they’ll never end.

I LEARNT HOW TO SUPPORT MY HUSBAND WITHOUT ENABLING HIM

I thought he needed time and space to heal, so I gave him more and more, year after year. But he wasn’t getting any better, and I was close to defeat.

When I decided to finally open my eyes, I saw that he had been taking all that time and space and filling it with destructive habits. I was so blinded by my determined efforts of support I didn’t realise that giving him time and space was actually stripping him of responsibility. And his confidence along with it. I was enabling him.

Despite all the fears I harboured about him falling, I had to decidedly lift the burden off my shoulders and put the responsibility back on him. The responsibility as a father and husband, and the responsibility of his recovery. I learnt that I need to be strong for him, but not at him. This is the true meaning of support.

I STARTED BEING MY OWN BEST FRIEND

Why is it so easy to be kind and compassionate to my friends, so forgiving and supportive of my friends, but yet I am so hard and ruthless on myself? Is it so wrong to be nice to me, is it so terrible to care?

Although I will always struggle with this, the time has come to be my own best friend. I have been cruel for far too long, and I don’t want to be that person any longer.

Want to have a chat? 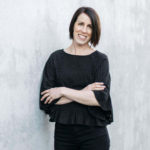 I’m an experienced copywriter based in Tasmania, Australia.

I help small businesses create amazing copy so you can target your ideal audience and engage more customers with less effort.

My specialty is SEO copy, which means I can fill your website with awesome content that both your customers and Google will love.

Do you need great words that will work for YOUR business?

If you think your website or marketing material could – and should – be working harder for your business, get in touch to see how I can help.